Ethiopian activists in the Diaspora today held a one day social media campaign to encourage compatriots continue the embargo on remittances send to the country. Organizers of the campaign believe remittance was one of the ways the regime sustains itself to cling to power. 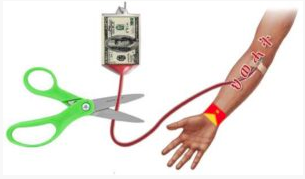 The hashtag motto “StarveTheTPLFBeast” was being widely shared on Facebook and Twitter to encourage Ethiopians to limit or stop sending hard currencies. Campaigners say Diaspora Ethiopians should use alternative ways to send money to their families to make sure the TPLF regime does not use their hard earned money to oppress the people back home.

Ethiopians send an estimated 4 billion dollars annually which is higher than money the country obtains from foreign direct investment, foreign trade and/or aid.

Campaigners say money the regime derives from remittances has not been used to benefit the people but instead to oil it’s killing machines and finance instruments of oppression.