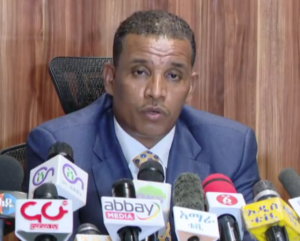 An Ethiopian official said the country’s intelligence and security agents have arrested suspects who were plotting to carry out terror attacks on public gatherings and other targets.

The country’s Attorney General, Berhanu Tsegaye told a gaggle of reporters in Addis Ababa that the National Intelligence and Security Services has successfully carried out arrests on suspected individuals.

The Attorney General did not say how many suspects were arrested in connection with the said planned terror attack on the country.

“The suspects have links to international terrorist networks. Photos, IDs, passports and other items that were in use in their preparation to carry out attacks were also seized,” Berhanu Tsegaye told reporters.

The arrests were made in the last two weeks, according to the official.

“The investigations are not over yet. There are other suspects in the country and abroad who are yet to be arrested,” Tsegaye said.

A jihadist fundamentalist group based in Somalia, al-Shabaab was founded in 2006 and has claimed responsibility for several deadly attacks inside Somalia. It pledged allegiance to al-Qaeda in 2012 but some of its leaders had severed their relations with the terrorist group.

Hundreds of al-Shabaab militants and some of its leaders have been killed in the last two years of airstrikes by the United States. 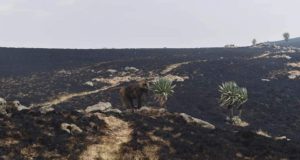