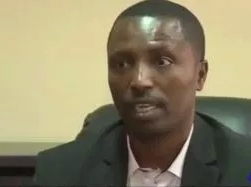 The Oromo Democratic Party (ODP) said several prisoners held by the vying Oromo Liberation Front (OLF) have been freed in an ongoing campaign to flush the OLF army out of the Oromo region.

Spokesperson for the ODP, Taye Dendea also told ESAT that operations were underway to free other prisoners held in jungles difficult to access.

Dendea said among those freed from the underground prison were prisoners with serious burns to their bodies. The spokesperson did not say how many prisoners were held by the OLF.

He said government forces were able to restore peace in parts of the region beset by recent killings, kidnapping and looting by the army of the OLF. “Things will be completely back to normal very soon,” Dendea told ESAT.

Schools, hospitals and government offices have now been opened as order is being restored in the region.

The news of the release of prisoners comes on the day that the OLF has agreed to disarm and demobilize its soldiers after mediation by Abba Gedas, who brought together leaders of the OLF and the Oromo Democratic Party (ODP), the party of the Prime Minister, for a day long reconciliation conference in Addis Ababa. [For more on the peace conference, read here: https://ethsat.com/2019/01/ethiopia-olf-agrees-to-disarm-and-demobilize-soldiers-again/ ]