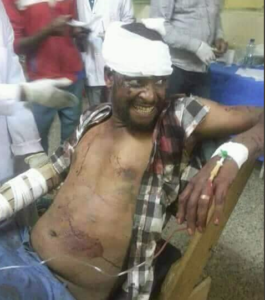 The number of people killed in ethnic violence in the outskirts of Ethiopia’s capital Addis Ababa is at least 58, AFP reported quoting an Amnesty International researcher.

The number could be higher, according to the report, which also quoted a source involved in counting the bodies. The source put the toll at 65.

The weekend saw deadly ethnic violence in west of Addis Ababa, especially in Burayu, where residents and victims told several media outlets that an Oromo group attacked the Dorzes and other ethnic groups from southern Ethiopia.

The police commissioner accused that the killings were orchestrated and financed by two political parties, but he did not mention the accused by name.

Thousands flee their homes to save their lives and are now sheltered in schools. They rely on handouts from residents of the capital to carry on each day.

Read here for more on the violence: https://ethsat.com/2018/09/ethiopia-victims-recount-weekend-attack-in-burayu/