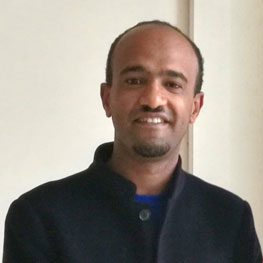 Former president of Ethiopia’s Somali region, Abdi Mohamoud Omar (Abdi Illey) has been brought to a court in Addis Ababa and charged with using armed groups that attacked and killed several innocent citizens and burnt churches.

Illey was also charged with instigating violence that caused the displacement of thousands of people.

Abdi Illey, who is being accused of human rights violations by rights watchdogs, was arrested on Monday at his residence in Addis Ababa.

Four other former officials of the region were also brought to the court charged with similar crimes.

The court was adjourned till tomorrow to decide on bail requested by defendants.

Mr. Tewolde was accused of siphoning off money meant for training purposes in a contract signed with an Israeli company, according to the charges. He also allegedly received millions of dollars in payments from a number of government agencies while being a full time employee of INSA and using the money to by land and properties under the name of his wife, who is also charged in the same file.