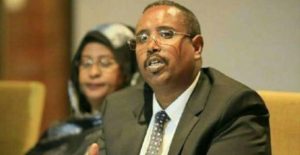 President of the Somali region, Abdi Mohamoud Omar also known as Abdi Illey, has been removed from power, head of the regional communication bureau confirmed to the BBC’s Somali Service.

Illey has been replaced by Ahmed Abdi Mohamed, who was head of the regional bureau of finance and economic development.

Read here for more on the crisis in the Somali region: