Ethiopian and international civic organizations and rights watchdogs urge the United States Congress to pass H. Res. 128, a resolution supporting respect for human rights and inclusive governance in the country. 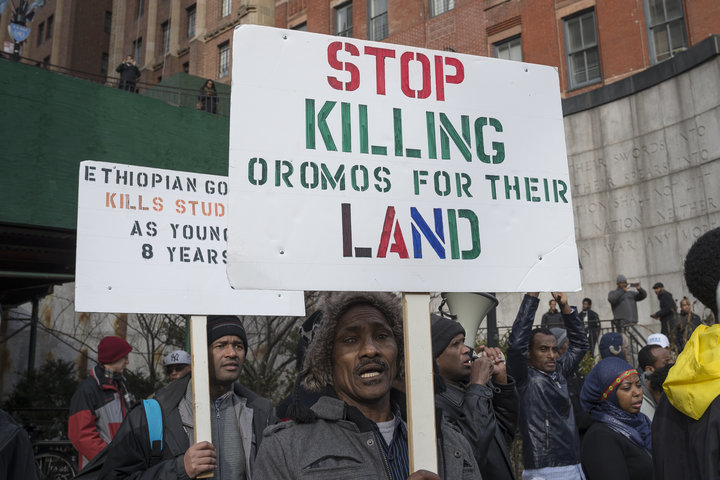 The call by five Ethiopian civic organizations and Human Rights Watch came a day ahead of a scheduled vote on the resolution on the House floor on Tuesday april 10, 2018.

108 members of congress have so far cosponsored the resolution which was introduced in the House by Rep. Chris Smith of New Jersey in February 2017. The House postponed a vote on the resolution a couple of times as a result of a lobbying effort and undelivered promises by the Ethiopian regime, according to sources close to the process.

“At such a juncture, amid mounting pressures, the role of the US, Ethiopia’s long standing international ally to encourage critically-needed reforms and human rights protections, should not be underestimated in urging the country toward a new era of stability,” says the joint letter.

“H. Res. 128 is a signal of support for the youth in the country who have organized to peacefully demand justice and democracy and have paid a terrible price in terms of loss of life, injury and arbitrary detention,” the letter said adding that “accountability for the human rights violations that have occurred over the last 3 years will be an essential step towards genuine reconciliation and is a key demand from the protesters.”

“We support passage of H. Res. 128 as a means to send a strong, unambiguous signal that the United States Congress requires concrete reforms. Such reforms are needed to create a path toward improved respect and protection of human and civil rights, political stability and sustainable regional security.”

The resolution was introduced in 2017 on the hills of violent protest in Ethiopia in which about a thousand were killed by security forces of the regime and tens of thousands detained especially in the Oromo and Amhara regions of the country.

Relentless campaign by Ethiopian Americans and their civic organizations and community leaders in highlighting the plight of their people under a tyrannical regime has resulted in the drafting of the resolutions which is now tabled to the House for a vote.