Only a constructive dialogue among all stakeholders resolves crisis in Ethiopia: EU

The European Union said in a statement today that “only a constructive dialogue among all stakeholders – authorities, opposition, media, civil society – will allow for a peaceful and durable resolution of the crisis.”

The statement by the spokesperson, Catherine Ray, on the situation in Ethiopia also said that the declaration of the state of emergency by the regime undermines efforts that should have been taken to avert a crisis. 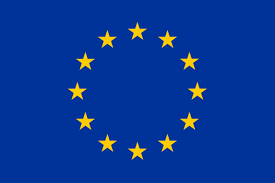 “It is therefore of the utmost importance that it [the state of emergency] should be as limited in time as possible and respectful of human rights and fundamental freedoms, notably those enshrined in the Ethiopian Constitution. Violence should also be avoided,” the statement by Ray further said.

“As a committed partner of Ethiopia and of the Ethiopian people, the EU will continue to encourage all actors to work constructively towards a democratic and stable Ethiopia,” the statement concluded.

The United States through its Embassy in Addis Ababa on Friday sait it “strongly disagree” with the imposition of the martial law.

“We strongly disagree with the Ethiopian government’s decision to impose a state of emergency that includes restrictions on fundamental rights such as assembly and expression.”

“The challenges facing Ethiopia, whether to democratic reform, economic growth, or lasting stability, are best addressed through inclusive discourse and political processes, rather than through the imposition of restrictions,” the Embassy said.