Countries across the globe continue to denounce the martial law declared in Ethiopia saying it curtails basic human rights and worsens the crisis in the country.

Swedish Foreign Minister, Margot Wallstrom, said today that her country, which is a long-time partner of Ethiopia, is concerned about the re imposition of the state of emergency. 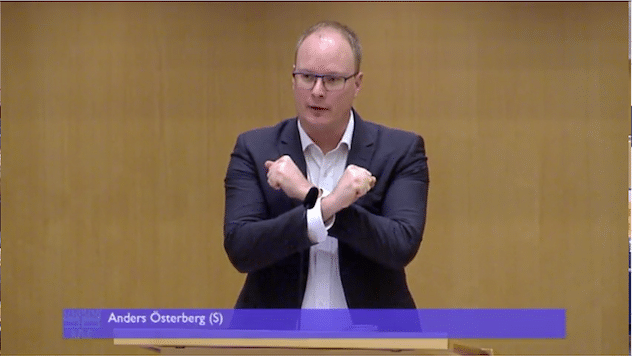 “Following development in Ethiopia closely. As a long-time partner, Sweden is concerned about reinstatement of the SoE. Continued reform efforts, inclusive dialogue, respect for rule of law and human rights, including freedom of expression should be a priority,” the Foreign Minister said in a tweet today.

After a testimony at the Swedish parliament by Dr. Kontie Moussa, a leader of the Afar People’s Party, on current situations in Ethiopia, members of the parliament had thoroughly deliberated on the crisis in Ethiopia in relation to Swedish foreign policy.

Anders Österbergs, a member of the Swedish parliament, is a vocal critic of the Ethiopian regime. Österbergs, who had spoken on a number of occasions on human rights violations in Ethiopia said the crisis in the country has a far reaching consequence in the Horn of Africa.

“A collapsed Ethiopia may imply additional lawlessness and civil war in already turbulent and fragmented Horn of Africa, which will produce millions of refugees. This should be seen as a security risk for both Sweden and Europe. The way forward is to support democratic forces such as the Ethiopian National Movement that are working for peaceful settlement and aspires for inclusive political order in the country. We need to act now before it’s too late! Replace the bullets with ballots! Take your responsibility for Ethiopia and its future!,” Österbergs said making a passionate call to his colleagues to support the aspirations of Ethiopians for change.

The Foreign Office of Germany also said an all-inclusive dialogue was the solution to the crisis Ethiopia was facing. “We believe that an inclusive and comprehensive dialogue with all relevant political stakeholders is the only way to achieve peaceful change and the necessary reforms that can bring lasting peace and stability to Ethiopia,” said a statement issued by a Federal Foreign Office Spokesperson.

Norwegian Foreign Minister has also joined today the chorus of European officials expressing concern. “As a good friend and strategic partner of Ethiopia I was concerned when learning of the re-imposition of a State of Emergency in Ethiopia, so soon after the last State of Emergency was lifted,” said Minister of Foreign Affairs Ine Eriksen Søreide.

The European Union said in a statement on Monday that “only a constructive dialogue among all stakeholders – authorities, opposition, media, civil society – will allow for a peaceful and durable resolution of the crisis.”

The statement by the spokesperson, Catherine Ray, on the situation in Ethiopia also said that the declaration of the state of emergency by the regime undermines efforts that should have been taken to avert a crisis.