As protest against its misrule intensified all across Ethiopia, the TPLF regime has continued to respond with brute force. Its army has killed at least ten people in Mersa town in the north of the country bringing the total to at least 32 in the last two weeks in three towns in Northern Ethiopia. Some estimates put the number of deaths much higher. 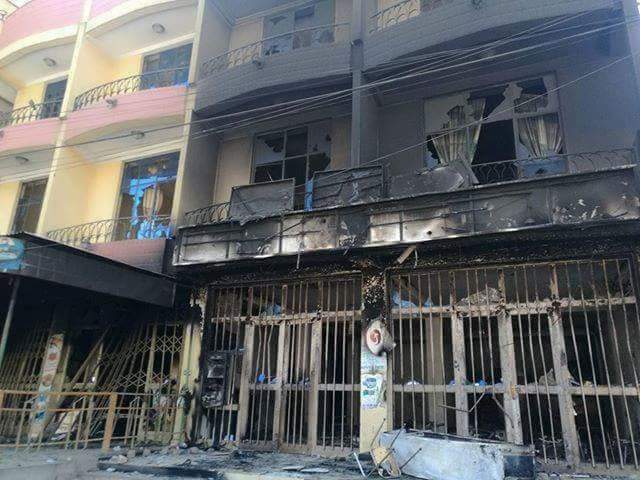 The town of Mersa has joined Woldia and Kobo in the anti-TPLF protest today with residents burning administrative offices, jails and security headquarters in response to the cold blooded killing of compatriots by TPLF-Agazi forces.

At least 13 people were killed in Woldia town last week when the youth were chanting anti-regime slogans during the annual Epiphany celebrations of the Ethiopian Orthodox Church. A bishop for the regional diocese believes the killing were premeditated. Nine others were killed in the nearby town of Kobo on Wednesday when residents took to the streets to denounce the killings in Woldia.

In Mersa today, residents came out in huge numbers to condemn the killings in Woldia and Kobo, but what they faced was the same brute soldiers of the TPLF who were on a killing spree. Residents who spoke to ESAT say it was hard to put figures on the number of people killed and injured as violence by the army has continued throughout the day. A young man who spoke on the phone from Mersa said he knew seven people were killed. A report by the German based Deutsche Welle Amharic Service put the number at 10.

A witness who spoke to ESAT said the head of the local court has shot and killed three and injured three others. Irated by the killings, protesters headed to the judge’s home and set it ablaze while he was still inside. ESAT sources confirmed judge Kefyalew was killed in the blaze.

Local police keeping an eye on a bank told residents that the indiscriminate shootings were committed by the TPLF Agazi soldiers.

Residents closed highways leading to and out of Mersa with rocks and tree logs to restrict the movement of Agazi soldiers.

Mersa remained tense this evening and sporadic gunshots could be heard, according to a resident.