Recurring reports of violence in several universities and clashes in different parts of Ethiopia are deeply worrying, in particular as regards their increasingly ethnic nature, the European Union said in a statement today. 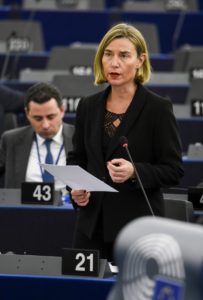 The statement by Catherine Ray, the Spokesperson for Foreign Affairs and Security Policy pointed out the recent incidents in Oromia-Somali regions, which it said has caused many casualties and the destruction of properties.

“It is essential that independent investigations on all acts of violence are conducted,” the statement said adding “all sides, including regional and federal police forces, should show restraint to ensure full protection and safety of all citizens.

“We remain convinced that only an inclusive political dialogue with all stakeholders will address the grievances of the population in a peaceful and constructive manner,” the statement concludes.