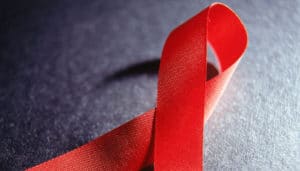 Children living with HIV in Ethiopia are at high risk of receiving inadequate treatment – or no treatment at all – on account of deeply rooted prejudice, according to a study published in News Medical.

The most considerable risk can be found among very small children, who do not receive proper treatment right away, according to a doctoral doctoral thesis by Mulatu Biru Shargie.

The study says Ethiopia is one of the 35 countries identified by the World Health Organisation (WHO) as being in particular need of enhanced HIV prevention. More than 90 percent of all people who were recently infected with HIV live in these 35 countries.

The study further said antiretroviral treatments of children are not properly implemented due to existing social stigmatization of HIV.

“The caregiver may feel reluctant to be seen in healthcare contexts associated with HIV, and the prescribed medications for the child at risk is not being collected. Crucial follow-ups and examinations are missed,” said the study

According to the World Health Organization (WHO), based on a single point estimate, there are nearly 1.2 million people living with HIV/AIDS in Ethiopia. The adult prevalence rate is estimated at 2.4% and the incidence rate is 0.29%.