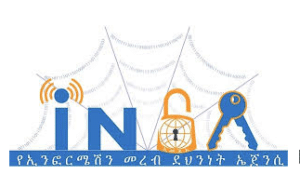 An attack masterminded by Ethiopian regime intelligence and security which was aimed at diplomats visiting a mega hydroelectric dam has failed as two of the soldiers tasked with the mission have disappeared, according to ESAT’s intelligence sources.

According to the sources, the mission was to carry out an attack with no harm to anyone and loss of lives but to attract media coverages and the attention of the international community. It was to be carried out as Ambassadors from U.S., Canada, Japan and Mexico were visiting Ethiopia’s ‘Renaissance Dam,’ a mega hydroelectric project. But the plot has failed as two of the soldiers trained by the Information Network Security Agency (INSA), a spy agency for the regime, tipped off intelligences of the concerned Embassies, the source said.

Reliable intelligence sources say the goal was to carry out the attack and blame Patriotic Ginbot 7, a group opposing the regime, and get the U.S. and Canada label the group as a “terrorist organization.”

It is not clear if the two soldiers got the help from Embassies to leave the country or if they just disappeared in their own terms. But sources said the failure of the plot has led authorities to investigate staff of the spy agency as speculations lean more towards to the suspicion that the plot was tipped off to an Embassy intelligence in Addis Ababa a day earlier.

Present on the visiting group were Ambassadors Michael Raynor of U.S., Philip Baker of Canada and Víctor M. Treviño of Mexico.

Less than a week of the foiled attack, the anti-terror unit with INSA announced that it had apprehended two individuals who were sent by Eritrea and Patriotic Ginbot 7 to “carry out a terrorist attack” in the City of Bahir Dar. ESAT’s sources in Bahir Dar confirm the arrest of two individuals by security forces of the regime but there was no evidence that the individuals were linked to Eritrea or PG7. The sources said the news was fabricated by regime’s operatives.

The Ethiopian regime has a record of employing dirty tricks of throwing grenades at public gatherings and blame opposition political groups and neighboring Eritrea, in a futile attempt to get them labeled as terrorists, according to US diplomatic cables as documented in the WikiLeaks files.