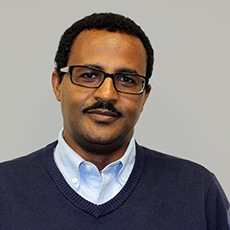 U.S. – Ethiopia counterterrorism partnership should not stop Congress from passing H. R. 128, a resolution that supports respect for human rights in Ethiopia, and bullying tactics by the Ethiopian regime should not derail the process of passing the resolution, a staff with Freedom House said on Monday.

“Counterterrorism partnership should not give Ethiopian authorities a pass to continue killing and jailing political opponents with absolute impunity, and Ethiopia may not be of much value as a security partner going forward if the bond between state and society is allowed to disintegrate in this manner,” writes Yoseph Badwaza, Africa Program officer with the Freedom House.

Badwaza said the U.S. Congress should not back-down from passing H. R. 128 because Ethiopian regime threatened to stop counterterrorism cooperation, in fact , the writer says, Congress should call Ethiopia’s bluff and approve the resolution.

“Passing H. Res. 128 would send a powerful message to Addis Ababa to get serious about undertaking reforms, and the Ethiopian government’s bullying tactics should not derail it. Members of Congress should call the bluff, place the resolution back on the House agenda, and approve it.”

The writer said the U.S. should take “strong and unequivocal” stand on issues of human rights to help bring stability in the region.

“With anti government protests increasingly taking a violent turn in recent months, a strong and unequivocal signal from the United States demanding accountability and concrete reforms is required to avert an all-out crisis and to create a path toward sustainable regional stability.”

“Experience shows that Ethiopia would never follow through on the threat to halt security cooperation. The government fully understands who would be the ultimate loser if it did.”

Authored by Republican Congressman Chris Smith of New Jersey, H. R. 128 has a bipartisan support of 71 representatives and was scheduled to be on the House floor for a vote on October 2, but has now been indefinitely postponed.

The resolution among others calls for sanctions against Ethiopian officials responsible for committing gross human rights violations. It also called for the regime to allow a United Nations rapporteur to conduct an independent examination of the state of human rights in Ethiopia.