Amb. Girma Birru may not return home due to allegations of corruption: sources 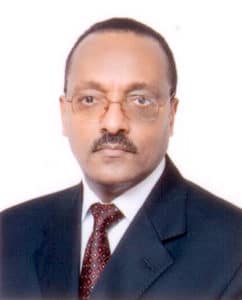 Ethiopia called five ambassadors but its special envoy, ambassador extraordinary and plenipotentiary to the United States, Girma Birru may not return home at a time when the regime is cracking down on corruption and arresting officials suspected of high level embezzlement, according to ESAT’s sources who allege that the ambassador has a stake in a number of dubious businesses including factories and real estate buildings.

The sources assert that if the arrest of officials and technocrats accused of corruption continues, it is highly doubtful that Mr. Girma Birru would return to Ethiopia.

Over 50 suspects have so far been put behind bars for squandering millions of dollars from sugar projects, in contract awards and kickbacks, among others.

The soft spoken ambassador has been accused of having links and stakes in a number of businesses in Ethiopia, the kind of businesses that have been targets of the ongoing crack down by the authorities, according to ESAT’s sources.

Girma Birru, who served as the minister of economic development and cooperation among other key posts was appointed as ambassador to the U.S. in December 2010.