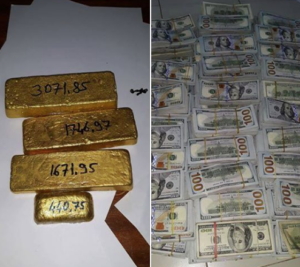 The Ministry of Revenue said it has seized $1,527,014, € 8,280 and £ 31,900 as well as 7 kg of gold at the Ethiopian eastern border with Somalia. Significant amount of currencies from eight other countries have also been seized.

The Minister said tips from the community had led to the arrest.

There have been increasing cases of seizures in illegal money transfers and illegal weapons in recent months. Police seized thousands of weapons and millions of cash in various currencies in different parts of the country.