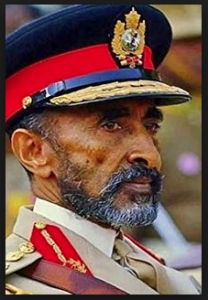 The African Union will unveil the commemorative statue of Emperor Haile Selassie at the 32nd Ordinary Session of the Assembly of the African Union on 10 February 2019 in Addis Ababa.

The Emperor’s statue will be the second to be erected at the AU headquarter. In 2012, the statue of Ghanaian Pan-Africanist Kwame Nkrumah was unveiled during the inauguration of the new AU headquarters in Addis Ababa.

Ethiopians have campaigned for equal recognition of the Emperor, considering his contribution to the Pan-African movement and the formation of the then Organization of African Unity (OAU), now called the African Union, as well as his role in the fight against colonialism. This, despite a counter campaign by the then Ethiopian Prime Minister, Meles Zenawi, who called the Emperor a ”feudal dictator” and insist only Nkrumah deserve the recognition.

The African Union responded in the positive to the demands by Ethiopians and other Africans who believed the Emperor deserves his place at the AU headquarters.

“The commemorative statue of Emperor Haile Selassie is an important recognition of the Emperor’s contribution to Africa’s liberation and unity leading up to the founding of the Organisation of African Unity in 1963,” said the deputy chairperson of the AU, Ambassador Kwesi Quartey.

Meanwhile, this year’s theme for the summit is “Refugees, Returnees and Internally Displaced Persons: Towards Durable Solutions to Forced Displacement in Africa.”