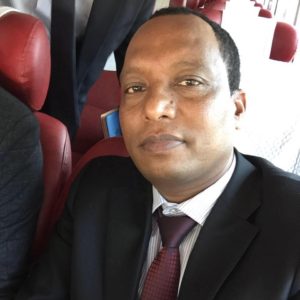 An official with the Oromo regional government says peace and order have been restored in the restive western part of the region as a result of coordinated effort by the federal government and local security.

Speaking to ESAT, Dr. Alemu Sime, head of the office of the Oromo Democratic Party (ODP) also called on the Oromo Liberation Front (OLF) to choose peaceful political process over violence as a form of struggle.

“The OLF cannot wage war in Wellega and still talk about peaceful struggle in Addis Ababa,” Sime said apparently digging at leaders of the OLF who are sitting at their headquarters in Addis Ababa while their combatants wreak havoc in the western part of the country.

Leaders of the OLF and its combatants returned to Ethiopia from their base in neighboring Eritrea following a call for peaceful political struggle by the government of Abiy Ahmed. But since their return in September, the group has been accused of perpetrating deadly violence in the western part of Ethiopia.

The government and the ODP accuse that the OLF is responsible for the killings of dozens of people in the country’s western region.

Asked to respond to a recent call by OLF for negotiations with the government, Dr. Sime urged the group to take part at an all party dialogue that was being sponsored by the country’s electoral board.

“The government is not going to hold separate talks with the OLF. Like all the other parties, it should join the ongoing forum of political parties that is addressing a number of issues of concern to the opposition,” Sime said.