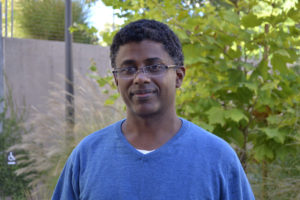 Additional charges have been brought against former managers of the Metals and Engineering Corporation (MeTEC), a military industrial complex at the center of Ethiopia’s grand corruption scandal. New charges show that the former managers were running a diploma mill, issuing MSc and PhD degrees in collusion with a fake University in the United States.

Additional charges have also been brought against Kinfe Dagnew, the former CEO of MeTEC, for an illegal payment of 56,205 dollars to Marda Meles, the daughter of the late Prime Minister, Meles Zenawi.

Former TPLF army generals and other managers at the helm of the company are at the center of a corruption scandal for illegal purchases and contract awards worth $15B. Lead among the accused is the former CEO, Kinfe Dagnew, who was arrested in November in Ethiopia’s border town of Humera as he tried to flee the country to the Sudan.

According to a report by the Ethiopian Reporter, a biweekly Amharic published in Addis Ababa, the former managers at MeTEC have worked in collaboration with Mekonnen Gebremichael, PhD, Associate Professor of Hydrology and Water Resources at UCLA Engineering. His profile on the University’s websites shows that he is advisor to four PhD and four MSc students.

Repeated phone calls to Mekonnen by ESAT have not been answered.

According to the charges, Mekonnen Gebremichael has claimed to run a pseudo university similar in name to the University of California and designed fake PhD and MSc programs. The charge said a payment of 3,901,140 dollars have been made to Mekonnen Gebremichael’s account in the United States.

The charge also said Mekonnen would fly in teachers from abroad on a tourist visa and they spend about a week in Addis. They will then be paid in hard currency while the students would be awarded degrees with no education whatsoever.

The new diploma mill charges have been leveled against seven former managers of MeTEC, including the former CEO, Kinfe Dagnew.