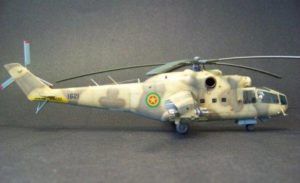 In a statement sent to state media, the ENDF said the helicopter attack lasted for 44 minutes and also killed two key leaders of the group in the area. The group’s operations head, Abdu Osman and grenade expert Abdusalam were among the dead.

On January 18, the Ethiopian Ministry of Defense said Ethiopian troops had attacked al-Shabaab bases in Somalia and killed 66 militants. A day earlier, the insurgent group claimed that it had killed several Ethiopian soldiers.

The Ethiopian troops, who are in Somalia as part of the AMISOM mission, also destroyed 9 Land Cruisers loaded with heavy explosives and other vehicles in Kismayo in the January 18 attack.