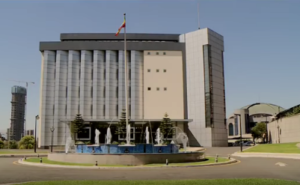 Of the total 7,000 people blacklisted by former spy chiefs with the National Intelligence and Security Services (NISS), 3,000 of them have been expunged from the list by new bosses at Ethiopia’s spy agency.

Those in the list were not allowed to leave or enter the country, and would face arrest and imprisonment if they do so. The ban and the blacklist was done without the order and warrant of courts.

New bosses at NISS briefed members of the Foreign Affairs and Peace Committee with the House of Peoples Representatives today during a visit to the headquarters of the spy agency by members of the committee.

It was revealed that the blacklist was a politically motivated vengeance by former bosses at the spy agency against citizens who are politically active, dissenters and exiled activists and journalists.

The list was put together during the reign of Getachew Assefa, the former spy chief who is now a fugitive hiding in Tigray evading a court warrant.

Getachew Assefa has headed the security and intelligence arm of the TPLF controlled government until his removal by the government of Abiy Ahmed in June 2018.

In August 2018, an Ethiopian court had issued an arrest warrant on the former spy chief. But he has been hiding in Tigray since he was removed from office. The regional government of Tigray refused orders by federal authorities to hand over the fugitive.

The blacklist that was put together by intelligence operatives of the Tigray People’s Liberation Front (TPLF), headed by Getachew Assefa. The group was in control of the agency for 27 years, until the government of Abiy Ahmed made changes at the leadership of agency while also making it transparent and accountable.

The new head of NISS, General Adem Mohammed told the Parliamentarians that the agency would no more be a political tool for one party but would work for the security of the people.