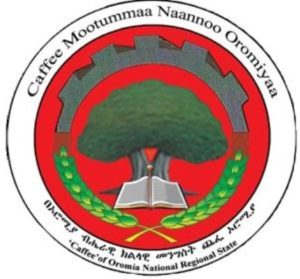 The Oromo regional government says the Oromo Liberation Front (OLF), a separatist opposition party, has failed to fully implement the peace accord signed in Asmara, Eritrea.

The regional government said in statement that as a result of failure by the OLF in implementing the peace agreement, there is no peace in the region as violence was still spreading widely.

The regional government says killings, destruction of property and road closures had been seen in four zones in Wellega and West Guji zone. The statement however fell short of directly holding OLF responsible for the crisis.

It said closures of schools and health facilities have affected the community.

Last week, regional police commissioner said 41 people, including police officers and local officials, were killed in the western part of the region in the last four months.

The Oromo Democratic Party (ODP) also accused OLF soldiers of kidnapping people, raping women, robbing banks and attacking police stations in the region.
In September, leaders of the OLF and its combatants returned to Ethiopia from their base in neighboring Eritrea following a call for peaceful political struggle by the government. But since their return, the Front and its combatants have been blamed for the deadly violence in the vast Oromo region.