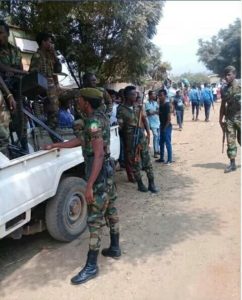 Clashes between residents of Tepi and the Sheka ethnic groups in southern Ethiopia resulted the loss of five lives.

Residents of Tepi town, who said they have been attacked by the Sheka, blocked roads with burning tyres and rocks, triggering further clashes with security forces.

Residents who spoke to ESAT from Tepi called on federal authorities to step in to stop the violence.

Meanwhile protests continued in Konso with residents demanding zonal administrative status. Some protesters have been injured in clashes with security forces.

Security head for the south Ethiopian region, Wondimu Gebre told ESAT on Monday that the regional government was working to respond to the demands and resolve conflicts.