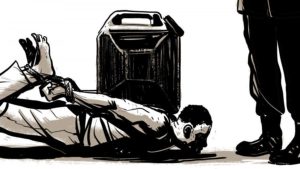 The federal attorney general said 46 ex-officials of the Somali region in eastern Ethiopia have been charged in connection with range of human rights violations committed during the reign of Abdi Mohamoud Omar, also known as Abdi Illey, who was arrested in August 2018.

Some of the the ex-officials have left the country already while others were in hiding in the region, according to a press statement by Zinabu Tunu, the PR Director with the attorney general’s office.

Mr. Tunu said his office will work with governments of countries, which the suspects are in hiding, since there is extradition agreements.

The charges include extra-judicial killings, rape, torture and other inhumane acts in which the suspects were allegedly involved directly or otherwise.

Victims include those who were killed due to their political affiliation, while others were jailed with wild animals to be maimed.

Abdi Illey and six other former officials of the region were arrested in August and are being tried in connection with numerous human rights abuses in the region.

In July 2018, the Human Rights Watch released a report which exposed horrific torture committed against prisoners in Jail Ogaden, which was run by Abdi Illey and co.

Located in the regional capital JiJiga, Jail Ogaden, which is closed after the release of HRW exposé, was mostly holding prisoners accused of being members and supporters of the Ogaden National Liberation Front (ONLF).

The report, which is based on about 100 interviews including 70 former prisoners of Jail Ogaden, documented torture, rape, long term arbitrary detention, and horrific detention conditions in Jail Ogaden between 2011 and early 2018.