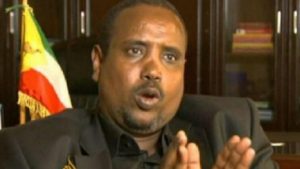 The Federal high court in Addis Ababa brought formal charges against the former president of the Somali regional state and 46 other regional officials accusing them of planning and financing deadly violence in the region.

The charge brought against the former president, Abdi Mohamoud Omar, a.k.a. Abdi Alley and the 46 former officials said that they have formed an armed youth group called Hego, a group accused of perpetrating killings, rape and destruction of properties.

Some of the the ex-officials have left the country already while others were in hiding in the region.

From June to August 2018, violence in the regional capital jigjiga resulted in the death of 59 people and injuries to 266. Thousands were also displaced in Jigjiga.

Properties worth $14.8M that belonged to the Ethiopian Orthodox Church, business centers, private residences had either been looted or set on fire, according to the charge.

Abdi Illey and six other former officials of the region were arrested in August 2018 and are being tried in connection with numerous human rights abuses in the region.

In July 2018, the Human Rights Watch released a report which exposed horrific torture committed against prisoners in Jail Ogaden, which was run by Abdi Illey and co.