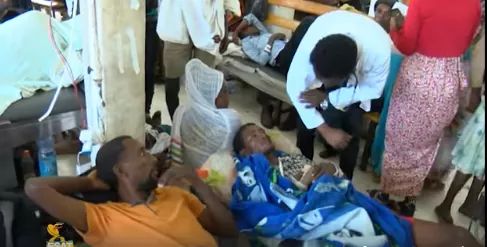 The council of the Amhara regional government says the security situation in the region has gotten worse and resulted in the loss of several lives and destruction of properties.

The statement by the council said western and central Gondar are areas that have specially been beset by deadly violence as a result of conflict between the Qimant and Amhara groups. The council blamed third parties for fomenting clashes between the two groups but did not identify them by name.

The regional government said security forces have been given orders to swing into action to stop ongoing violence in the region that has seriously affected the day-to-day lives of peaceful citizens.

The availability of massive number of illegal weapons in the hands of many has also been a real concern to the safety of the people, the council said, and added that those who use weapons for their ill intent would be prosecuted to the fullest extent of the law.

Recent spate of deadly violence between the Qimant and Amhara groups in Gondar has resulted in loss of lives. Several people were also injured while hundreds of houses set on fire, according to reports filed by ESAT stringers.