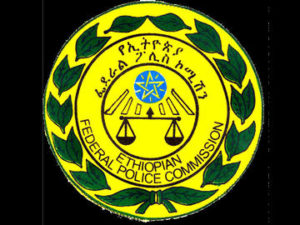 Two members of the federal police force were killed yesterday in an ambush in Begna, Horo Gudru, Wellega Zone.

The BBC Amharic report quoted Desalegn Terefe, the zonal communication head as saying that the officers vehicle came under attack while they were driving to Fincha, where they serve as guards for the electric power generators.

Terefe said the perpetrators of the deadly ambush are yet to be identified.

The Oromo regional government has been blaming the Oromo Liberation Front (OLF) for past attacks and violence in western part of the region.

The regional police commission said early this week that at least 41 people, including police officers and local officials, were killed in the western part of the region in the last four months.

The regional government also said that it had run out of patience and vowed that it will respond to the provocations by OLF.

The OLF and its combatants returned to Ethiopia from their base in neighboring Eritrea following a call for peaceful political struggle by the government of Abiy Ahmed, which took power in April.

Dawd Ibssa, chairman of the OLF last week accused the government of sending troops to Western Wellega, East Wellega, Selalie, Guji and Bale and attacking his soldiers. He told reporters in Addis Ababa that his forced had engaged the federal army in West Wellega. “We have instructed our soldiers to defend themselves if they come under attack,” Ibssa said at a press conference.

In a related news, the Aba Gedas, Oromo traditional leaders will head to East and West Wellega to meet and deliberate with the people regarding the ongoing deadly violence in the region.