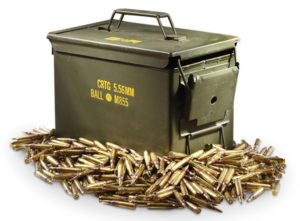 Police in northern Ethiopia intercepted nearly 5,000 ammos as it was heading to innland from the border town of Mettema.

The bullets for pistols and Bren assault rifles were estimated to cost about 11,000 dollars.

The suspects who were trying to smuggle the ammos are under police custody.

The regional customs office said the increasing illegal movement of weapons had become a menace to the political and economic reform endeavor underway in the country.

Meanwhile, over 33,000 dollars and 6,500 in Saudi riyal was caught at the Bole International Airport in Addis Ababa.

The money was on its way to Dubai when it was seized by airport custom authorities. The woman suspected of carrying the cash is under arrest.