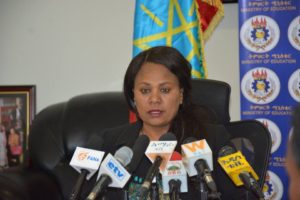 Three students have reportedly been killed in Assosa University in Western Ethiopia.

The Minister of Science and Higher Education, Hirut Woldemariam told local journalists that a spat between two students turned into a deadly clash in which three students lost their lives.

Thirty-four others were wounded, according the Minister, as reported by Fana Broadcasting Corporation. She said the small quarrel has turned into an ethnic clash.

Dr. Hirut said her Ministry would work to identify and deal with elements in higher education institutions that incite deadly clashes among students.
The Minister blamed recent deadly violences in higher institution to elements bent on reversing the ongoing political reforms in the country.