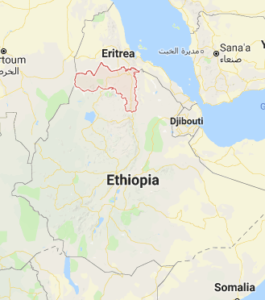 At least sixty-five members of the national defense force have been held in a secret dungeon in Tigray and were feared to have been tortured, according to information reaching ESAT.

The soldiers, held in a place called Kuya, are mainly targeted due to their ethnic linkage. They are Oromo and Amhara except 4 soldiers who are ethnic Tigray, according to sources, that said the soldiers have endured physical and psychological trauma.

The soldiers were held without the knowledge and approval of the federal government. Those who criticizes the TPLF would be targeted and thrown to one of a number of secret dungeons in the region.

Hundreds of people from Wolkait, a region in Amhara forcefully annexed to Tigray, have been thrown to several dungeons in Tigray, dubbed Bado Sidist (06).

Endesrachew Agmasie, a priest with the Ethiopian Orthodox Church has been held for over 24 years. His family has been campaigning for his release since it was discovered last year that he was held in one of the dungeons.