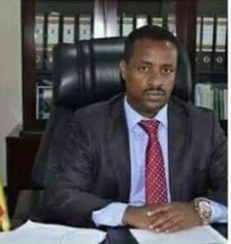 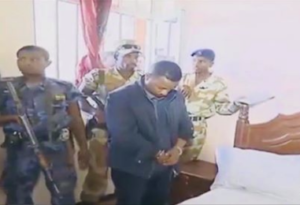 A former deputy head of the National Intelligence and Security Agency (NISA) was brought to a court in Addis Ababa today accused of corruption as well as torture and a range of human rights abuses against innocent citizens and suspects.

Police told the court that Yared Zerihun, on orders of his former boss, Getachew Assefa, who was the head of NISA, had tortured members of opposition political parties and dissidents, who were falsely charged with terrorism.

Yared Zerihun, who is also a former Federal Police Commissioner, and Getachew Assefa, Ethiopia’s former spy chief, were accused of running secret prisons and torturing suspects in holding them in dark rooms, pulling their genitals with pliers, hanging water bottles on men’s genitals, and leaving suspects naked in bushes to be attacked by ants.

Mr. Zerihun was arrested on Wednesday while he was hiding in a hotel in Dukem a.k.a Debrezeit, a town near the capital Addis Ababa.

A warrant is out for the arrest of Getachew Assefa, who is believed to be hiding in his hometown Mekele, capital of the Tigray region.

Police also allege that the defendants had sent a group of men to Eritrea to smuggle weapons to Ethiopia and blame opposition groups for the crime they didn’t commit. Police said the suspects had also blackmailed people falsely charged with terrorism.

Getachew Assefa was removed as Ethiopia’s spy chief when a reformist Prime Minister took office in April. He was TPLF regime’s right hand for many years. Authorities say Getachew Assefa and his spy agency have been responsible for the imprisonment, torture and killing of dissidents including journalists.