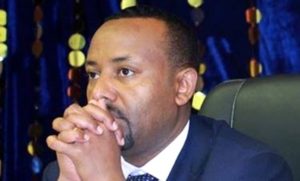 Ethiopia’s Prime Prime Minister will hold discussions with leaders of opposition political parties on electoral reforms and democratization processes in the country.

The announcement today by the Office of the Prime Minister urges leaders of opposition parties to register for the meeting to be held on Tuesday.

“The discussions will focus on the democratization journey that has commenced in Ethiopia as well as electoral reforms required to ensure that the next elections are free and fair,” the announcement issued by the Office of the Prime Minister said.

Registered political parties as well opposition parties that have recently returned home from exile have been invited to attend the meeting with the Prime Minister.

Yesterday, Ethiopia’s Parliament appointed a former opposition leader as chairman of the country’s electoral board. Prime Minister Abiy Ahmed presented his nominee, Birtukan Mideksa, to the House speaking highly of the former judge and one of the leading political figures in the country’s controversial 2005 elections. She was approved, with four oppositions and three abstentions.

Ms. Mideksa was thrown into jail twice following the 2005 elections where at least 200 people were killed in post election violence when security forces opened fire at demonstrators demanding their votes be respected. International electoral observers declared the election was tainted with vote fraud and irregularities.

Ms. Mideksa lived in exile in the United States for several years until a reformist Prime Minister, Abiy Ahmed nominated her to lead the country’s electoral process.

Speaking at the Parliament yesterday, Prime Minister Ahmed reiterated his promise to hold free and fair elections, underscoring that everyone should work towards making the process of the elections democratic rather than focusing on winning the elections.

The next elections are slated for May 2020 but many say time is not their best ally and suggest for postponing the dates than rush through the process. One reason being the time needed to restructure the country’s electoral board that has been controlled by the ruling EPRDF.