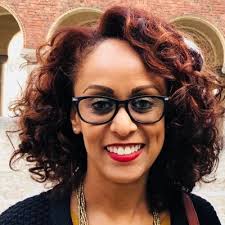 Ethiopia’s Prime Minister has formed a new press secretariat in a bid to provide timely information to the media and public on the works of his government and regional administrations.

Abiy Ahmed has also appointed Billene Seyoum as his first press secretary, who said in her first presser in Addis Ababa today that one of the priorities of her office would be to ensure that information from ministries and regional governments would reach the media and the public at large.

The press secretary is also tasked with “strengthening the relationship between the PM Office and the media for enhanced, factual and transparent reporting,” according to a statement released today from the Prime Minister’s Office.

Billene has also introduced a one page dashboard named “Ethiopia: A new Horizon of Hope,” which stated the government’s focus for the next year in areas of good governance, democracy and justice as well as in bringing about an economic turnaround, among other things.

The press secretariat will replace the Government Communication Affairs Office, it was learnt.

Meanwhile, the Prime Minister has also appointed Shimelis Abdissa, as his new Chief of Staff, replacing Fitsum Arega, who was also doubling as the Premier’s de facto spokesperson.