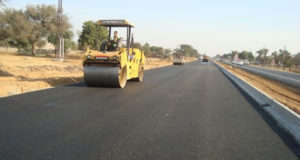 The Indian employees for the Infrastructure Leasing and Financial Services (IL&FS) said in a letter to Ethiopian authorities that termination of projects and absence of senior management from projects led the locals to worry that they might not get paid their salaries. The local employees have not been paid for five months.

“Concerns of project termination and absence of senior management from project camps might have triggered panic in local employees and led them to believe confining expat employees might force the organization to pay their salaries,” the employees wrote in a letter addressed to the Indian and Spanish ambassadors, as well as a number of Ethiopian ministries and the local World Bank representative, as reported by Bloomberg news.

The detained employees have also accused that local police and officials are siding with the locals.

An official at the Indian embassy in the capital Addis Ababa said it was “closely following up with local Ethiopian authorities and IL&FS management to resolve the issue,” according to the Bloomberg report.

The detained have been tweeting since their detention on November 25, 2018, tagging Indian Prime Minister, Narendra Modi and concerned Ministries and Embassies.

“We 7 employee from #ILFS are hostages by local labor/staff at in Ethiopia from last 4 days coz of nonpayment of creditors and local salaries,” Neeraj Raghuwanshi said in a tweet.

“#ILFS denied to send fund from India. Kindly save us. Day2day situation worsening.”

The crisis came after the financier Infrastructure Leasing & Financial Services Ltd. began defaulting on $12.6 billion in debt, according to Bloomberg.