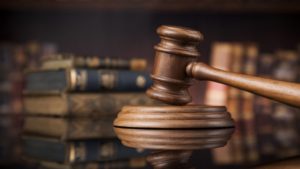 A former head for the power and engineering department at the Metals and Engineering Corporation (METEC), an industrial complex at the center of Ethiopia’s corruption scandal, has been arrested at his office in Addis Ababa, accused of wasting over $55.6M.

According to charges read at a court in Addis Ababa today, Colonel Assefa Yohannes had ordered the payment of 55,640,000 dollars to a Chinese company without bidding. The payment was made to the Chinese company for the installation of power at the Beles 1 Sugar Development Project.

Col. Assefa Yohannes is also accused of approving a downpayment of $1.9M to another Chinese company, which has also walked away with the money.

Col. Yohannes requested the court to assign a public defender saying he could not afford to pay attorney fees. Police meanwhile requested for additional days to be granted to further investigate the case. The court was adjourned till Tuesday to make decisions on both requests.

The former CEO of METEC, Maj. Gen Kinfe Dagnew was arrested on Tuesday in Ethiopia’s border town of Humera as he tried to flee the country to the Sudan.

He is due to make his second court appearance on Monday.

The government alleged that Kinfe Dagnew and other managers were responsible for the embezzlement of millions of dollars, nepotism, favoritism and mismanagement of the country’s military industrial complex – the Metals and Engineering Corporation (METEC).