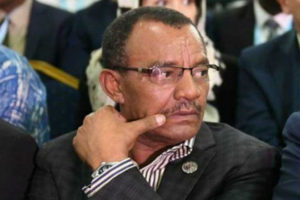 Ethiopia’s regiment commander in Somalia, Colonel Gebregziabher Alemseged “Gen. Gebre”, who was also a former political advisor for the Secretary General of the Intergovernmental Authority on Development (IGAD) has been arrested, according to ESAT sources. He was reportedly sacked from his IGAD position last June.

The colonel is accused of human rights abuses in the Somali region of Ethiopia and alleged to have coordinated the recent deadly violence in the regional capital Jijiga.

TPLF’s point man in Mogadishu for years, Colonel Gebregziabher, or ‘General Geber’ as he is known among the Somalis, is also accused of arms sales to rival factions in Somalia and illegal trade in the region.

TPLF army commanders in Somalia have been accused of corruption and loss of civilian lives since they set their boots on Somali soil in 2006 as part of the AMISOM, the African Union Mission in Somalia.

A former federal police commissioner and deputy head at the country’s Information Network Security Agency, was also arrested outside the capital Addis Ababa. 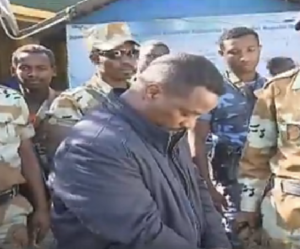 Police said Yared Zerihun was arrested while he was planning to escape to Kenya.

In a related news, a court in Addis Ababa has denied a request by Maj. Gen. Kinfe Dagnew for a public defender, claiming that he could not afford to hire one.

Kinfe Dagnew, who led the country’s military engineering and industrial complex for eight years was arrested in Ethiopia’s border town of Humera on Tuesday as he tried to flee to the Sudan.

Police told the court that Dagnew has the wherewithal to hire an attorney.

The government alleged that Kinfe Dagnew and other managers were responsible for the embezzlement of millions of dollars, nepotism, favoritism and mismanagement of the country’s military industrial complex – the Metals and Engineering Corporation (METEC).

Maj. Gen. Dagnew was the CEO of METEC, an industrial complex at the center of Ethiopia’s corruption scandal until his sudden resignation last April.