Ethiopia: Abiy Ahmed hints elections could be postponed based on opinions of majority competing parties 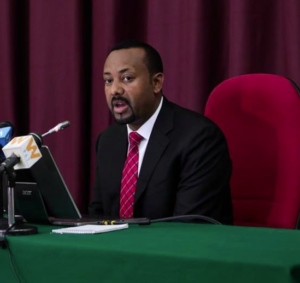 Leaders of eighty-one political parties today held the first round of meetings with Ethiopian Prime Minister Abiy Ahmed to discuss on electoral reforms needed to make the upcoming elections free and fair.

Speaking on whether the elections would be postponed, the Prime Minister said it would be decided based on the opinions of the majority of the competing parties. The upcoming elections are slated for May 2020.

The reformist Prime Minister has been making promises to hold a free and fair elections since he took power in April. Dr. Ahmed leads the Ethiopian People’s Liberation Front (EPRDF), a coalition in power in Ethiopia since 1991. His party also controls the Parliament. The coalition has, until Ahmed took the helm in April, been dominated by the Tigray People’s Liberation Front (TPLF), an ethnic party whose ruling elites controlled the politics, economy, intelligence as well as the military.

But this time around, Dr. Ahmed appears to want to turn things upside down. He invited exiled and armed opposition groups to join him in a peaceful political process. As part of the reforms, Dr. Ahmed appointed people of varied ethnic background in powerful positions hitherto controlled by the Tigrayans.

Last week, the the Premier appointed a former prisoner and a former leader of an opposition group, Birtukan Mideksa to lead the electoral board.

“The consultation focuses on highlighting the reforms required to ensure the upcoming election is free & fair, and the shared responsibilities of all,” his office said in a tweet today.

“The objective should not be to win the election but to make it as democratic as possible,” Ahmed told leaders of the competing parties. He encouraged the parties to merge into three or four parties, which he said would help make the reform process efficient as it would be difficult to make any negotiation or deal with 81 different parties.

Abiy also said priority must be given to peace, avoid conflicts, permit a vibrant media to grow and reform the justice system to instate the supremacy of the law while at the same time improve the economy.

Ethiopia’s past elections had been tarnished with vote rigging as a result of undemocratic processes permitted by the ruling party to deny the opposition any votes.

In the 2005 elections, at least 200 people were killed when security forces opened fire at demonstrators demanding their votes be respected. International electoral observers declared the election was tainted with vote fraud and irregularities.