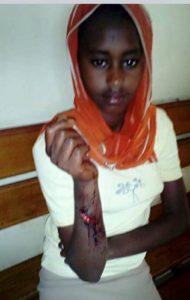 Six people have been killed as violence continues in Ethiopia’s western region of Benishangul- Gumuz. According to ESAT sources, the attack has also left 50 households displaced.

Residents of Sheka who spoke to ESAT said the attackers, who are local to the region, demand that the victims leave the zone claiming they don’t belong to the region. But administrator of Gechi district, Atrsie Dagusa said the crisis was between people who demand zonal administrative status and others who oppose it.

The victims have called for the federal government to intervene and stop the bloodshed.

Meanwhile, about 20 mothers displaced in the violence have given birth in a makeshift shelter. Over 50 others are also expecting, reports indicate.

A total of about 100,000 people have been displaced so far in recent violence in western Ethiopia and are sheltered in nine camps in east Wollega.