Over 70,000 displaced, at least 40 killed in violence in Western Ethiopia 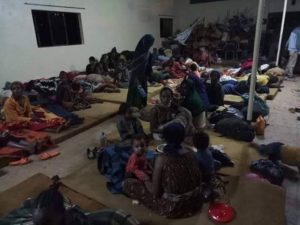 Deadly ethnic violence in areas bordering the Oromo and Benishangul-Gumuz region in Western Ethiopia left at least 40 dead and displaced over 70,000 people.

The killing of the four officials led to further violence especially in areas bordering the two regions. The Oromo regional government says more than 70,000 people, mostly Oromo and Amharas, have fled to Eastern and Western Wellega fearing retribution.

Security head with the Eastern Wollega administration told local media that at least 40 people were killed in revenge for the killing of the four officials.

Close to 200 houses were set ablaze in neighboring areas between the two regions. Two women have reportedly gave birth as they flee their villages.

The United Nations Office for the Coordination of Humanitarian Affairs (OCHA) said the displaced were in immediate need for food and non-food assistance.