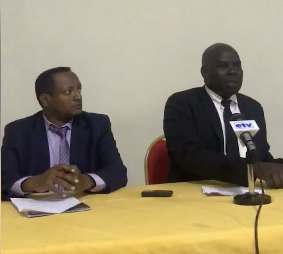 Administrators in three peripheral but pivotal regions in Ethiopia have been pushing against changes being made by a reformist Prime Minister; and the old guards in Gambella, Afar and Benishangul-Gumuz regions have continued to violet and repress the people in their regions, according to leading rights activists.

Obang Metho, Director for the Solidarity Movement for a New Ethiopia and Gass Ahmed, President of the Afar Human Rights Organization said in a joint statement that the people in the three regions have continued to be subjected to repression by regional administrators.

The activists say unbridled corruption by regional officials and maladministration were widespread while the people were not allowed to even use social media platforms and express their grievance through peaceful demonstrations.

Ahmed and Metho specifically pointed out that leaders in the three regions were pushing against nationwide political and administrative reforms by Prime Minister Abiy Ahmed, and in fact were working against Dr. Ahmed’s reform efforts.

Mr. Gass Ahmed and Mr. Obang Metho have returned to Ethiopia from exile recently and had visited Afar and Gambella regions respectively. Mr. Ahmed said it took him a month to go visit Afar as regional officials refused to let him in. He said his team was harassed by officials in Afar and were prevented from meeting supporters.

In Gambella, Mr. Metho said, officials have tried to put hurdles on his trip. He said he had witnessed corruption, chronic youth unemployment and maladministration.

The duo called on the government of Abiy Ahmed to address the predicaments faced by the people in the regions.