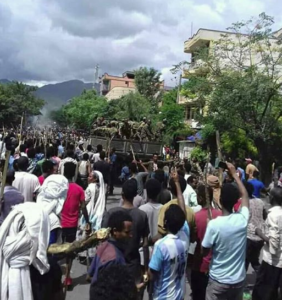 Tigray region special police have killed five residents of Alamata, a town sitting 470 miles north of the capital Addis Ababa on the route to the regional capital Mekele. 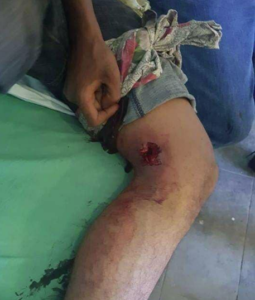 On Sunday, the residents took to the streets to once again show their objection of being administered under the Tigray region.

Security forces of the region shot and killed five residents while hospital sources told ESAT that 35 people have been admitted for gunshot wounds. Thirteen of them have sustained serious wounds, according to hospital sources.

The burial of five people killed on Sunday was conducted today amid continued clashes with police, who used tear gas to disperse crowds.

In the nearby town of Kobo, the national defense forces opened roads closed by protesters in response to the killings in Alamata.

Sundays killings brought the number people killed in the last one year to 10.