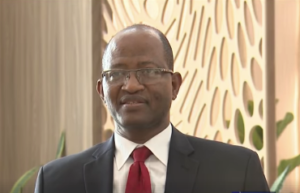 The newly elected Speaker of the House of People’s Representatives says the legislature will augment its oversight on the executive in the implementation of projects and laws.

Tagesse Chafo said in an interview with the Ethiopian Television that the executives have signed a ‘contract’ with the legislature on the timely implementation of projects and laws as well as on the completion of projects within the limits of the allocated budget.

Mr. Chafo, who was elected Speaker of the House last week, also said the executive branch will be held accountable for any failure in project implementations.

Chafo said the legislature itself will be reformed in a bid to increase the participation of MPs and to review the implementation of the over 1000 laws passed by the House in the last few years.

100% of the seats in Ethiopia’s rubber stamp parliament is held by the ruling EPRDF, a coalition of four ethnic parties.

A reformist Prime Minister, Abiy Ahmed, who took power in April, has promised to hold a free and fair election that is slated for 2020. It is hoped that opposition and independent voices will be represented in the legislature to be formed after that election.