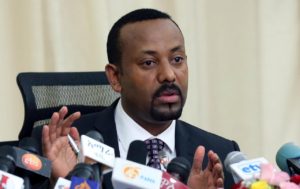 The cabinet of Ethiopia’s Prime Minister, Abiy Ahmed, would be restructured and downsized in line with ongoing reforms. New portfolios would also be created based on the priorities of his government, according to a draft law sent to the Parliament.

The existing cabinet sent a draft law to Parliament yesterday to reduce the number of ministerial portfolios and define the power and responsibilities of the ministries.

The number of ministries will be reduced from 28 to 20, according to the draft law sent to the Parliament.

“The Council of Ministers in its morning session discussed, approved & sent to Parliament a draft law on the restructuring of the executive organs. The new Cabinet is downsized from 28 to 20, merged some portfolios & created new ones reflecting the government priority,” said Fitsum Arega, Chief of Staff for the Prime Minister.

The draft is expected to be endorsed by the House of People’s representatives next week, when the Prime Minister is also expected to announce new Ministers.