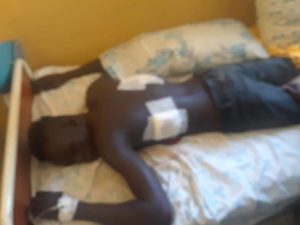 Residents say the political reform reform measures at the federal level has not trickled down to their region, and hence demand changes in the local government.

Federal police and defense forces have opened fire at demonstrators demanding changes in the local government, according to residents Gambella who spoke to ESAT.

The residents also said Gambella remains tense after the killing of the protesters.