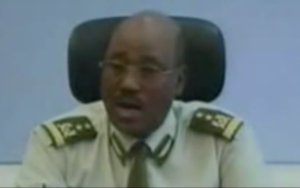 Ethiopia’s Ministry of Defense has sent 13 generals to retirement in a letter signed by Chief of Staff, Seare Mekonnen.

It was the first time for members of the top brass to retire in such large numbers.

Prime Minister Abiy Ahmed had said in July that there would be reform measures to be taken at the Ministry of Defense and the Chief of Staff, Seare Mekonnen has said a new restructuring would be put in place at the Ministry.

Almost 90% of the top brass in the army has been dominated by officers from Tigray and members of the TPLF. Corruption, nepotism and alienation of officers from other ethnic groups have been rampant in the army, leading some to defect. The government of Abiy Ahmed and his Chief of Staff have vowed to clean the house and many see today’s action to be in line with those convictions.