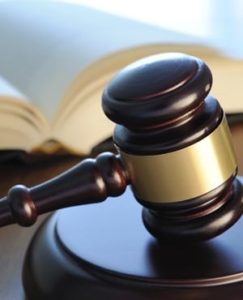 U.S. Immigration and Custom authorities arrested and indicted an Ethiopian man for allegedly lying in naturalization process, hiding his participation in the notorious Red Terror campaign in the 70s, the persecution and killing of political opponents by the regime.

The Department of Justice said in a release that the Virginia man, Mergia Negussie Habteyes, 58, is charged in an indictment which alleges series of lies in naturalization process, including failure to disclose participation in persecution during the Red Terror period in Ethiopia.

“Negussie told a series of lies to U.S. immigration authorities in the course of obtaining authority to enter the United States as a refugee, subsequently obtaining lawful permanent-resident status, and ultimately obtaining U.S. citizenship,” the Department said.

According to the indictment, Negussie served as a civilian interrogator in the Higher 3 prison in Ethiopia in the late 1970s and is alleged to have participated in the persecution, through brutality, of individuals imprisoned because of their political opinion.

The Department said if convicted, Negussie faces up to 10 years in federal prison. Conviction would also result in automatic revocation of Negussie’s U.S. citizenship as well as likely removal to Ethiopia.

The Justice Department however said the charges in the indictment are merely accusations, and the defendant is presumed innocent until proven guilty beyond a reasonable doubt in a court of law.

In 2006, Kelbesa Negeo was extradited to Ethiopia from the U.S. and is serving a life sentence for his role in Red Terror after three Ethiopian women who live in the U.S. accused him of torture and human rights violation.