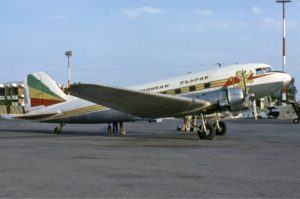 Ethiopian Airlines is to resume flights to Somalia 41 years after it stopped its route to Mogadishu when war broke out between the two countries in the 1970s.

The Inside Travel report said Mogadishu-based Radio Dalsan quoted Hussein Hosh, manager at the Ethiopian Airlines as saying that the airline will operate a thrice-weekly return service from Addis Ababa to Mogadishu.

The report recalled that Somali and Ethiopian businessmen have been urging their governments to resume commercial flights.

The resumption of flights will be a relief for travellers who currently use longer routes via neighboring countries.

Ethiopian Prime Minister Abiy Ahmed paid a visit to Mogadishu in June. Ahmed underscored that economic integration was crucial for the prosperity of the region.