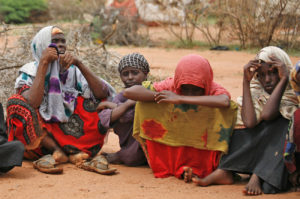 The Human Rights Watch urge the Ethiopian government to investigate rights abuses in the Somali region of Eastern Ethiopia, including investigations on former and current regional officials, and bring perpetrators to justice.

Renewing its call for justice in the Somali region, the rights watchdog said “the government of Ethiopia should commit to an in-depth, independent fact-finding mission into many years of rights abuses and violations of the laws of war in eastern Ethiopia’s Somali region.”

“This should include specific investigations into the responsibility of senior Somali region officials, including the former regional president, Abdi Mohamoud Omar, and the current head of the region’s paramilitary Liyu police force, Abdirahman Abdillahi Burale,” the rights watchdog said.

The rights group has been documenting human rights abuses in the region for years. In a 2008, the rights watchdog said crimes against humanity has been committed against the people of Somali region during an armed conflict between the Ethiopian defense forces and the Ogaden National Liberation Front (ONLF).

“A new investigation is needed and should look into the roles and responsibilities of Ethiopian military personnel who ordered or participated in attacks on civilians at the height of the conflict,” Human Rights Watch said.

“To break with the past, Ethiopia’s government needs to ensure justice for more than a decade of horrific abuses in the Somali region,” said Maria Burnett, East and Horn of Africa director at Human Rights Watch.