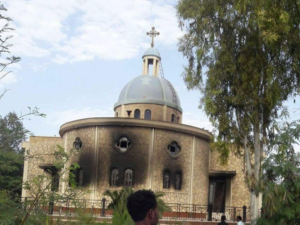 The former police chief for the Somali region in eastern Ethiopia was arrested and brought to a court in Addis Ababa today.

Ferhan Tahir was accused of organizing and directing an armed youth group known as Heego that has allegedly killed several people and burnt churches and properties in recent weeks in Jijiga, the region’s capital.

Thirty people were killed early this month and several properties as well as churches were set ablaze in Jijiga in an attack by the Heego and the Liyou Police aligned with the former regional president, Abdi Illey.

Illey has also been brought to a court today for the second time since his arrest on Monday. He complained of prison food and asked the court to be granted bail.

The court was adjourned after denying bail to the defendants allowing police the requested additional 14 days.