The number of people killed in East Hararghe, Eastern Ethiopia has reached 41 while 20 others were wounded in an attack by a notorious police force, the Liyou Police, according to local officials. 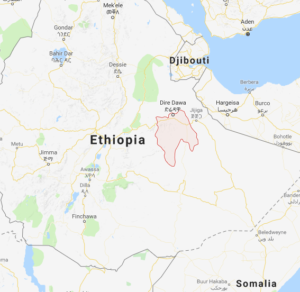 The attack carried out on Sunday has also displaced several residents of Mayu Muluke district in East Hararghe, where communal clashes in recent months have also resulted in the loss of lives.

The Liyou Police has been linked to the deposed president of the Somali region, Abdi Illey who is accused of human rights abuses and is implicated in the death of innocent citizens and his opponents. He was removed from power after a region wide protest and escalation of ethnic strife in the region.

Hundreds of Oromos and Somalis lost their lives on his watch while more than a million people were displaced, mainly the Oromos and other ethnic groups.

A recent Human Rights Watch report on Jail Ogaden revealed a death camp situation at the jail run by Abdi Illey and his henchmen. Reports of rape, torture and killings have been daily occurrences at the jail.